i've picked an easy but a scary first project for year two of turning pinterest creations into my reality ...  so why is the first one easy? well it so happens the inspiration was first pinned to my outdoor boards and it was from a really local creator, my sweet husband.  a few weeks ago he made this cape cod chair out of FREE pallets ... yes, this cape cod chair cost the price of its nails or screws or whatever was used to put it together.  can you guess the scary part?  yeah, i'm not a builder or even handy with a power tool.  i can tell a screw and a nail apart but that's about as far as it goes!

ok, so the project is chosen and i have the week to complete it starting today (monday NZT time) and will have the finished project ready for you to view sunday NZT time.  so over the next couple of days i will show you some progress reports (i hope or the injuries!) and how my first foray into building develops ... i am just hoping my husband will stay patient with me for the entire week of building we do together ... wish me luck!

the plan for the next 52 weeks

i absolutely loved doing pinterest 365 but needed this last week off to reinvigorate and have a wee break!  having said that, i was also very aware that once 365 days were over i wanted to carry on doing something and set new goals for the coming year.  pinterest has given me that little something i have been looking for ... motivation ... to get up and do rather than just admire from afar others ability to create.

without getting too personal, i have always had grand ideas but never figured i was good enough to carry them out ... apparently flooding therapy works because not only did i decide that finished was better than perfect i also shared my imperfect creating rather publicly on my blog ;)

the only downside in doing a creation a day inspired from pinterest was the lack of time to do any BIG projects ... you know, the ones that take more than a day for mere mortals to finish.  so a couple of months ago i formulated a plan for once pinterest 365 was complete.  this new plan involved weeks, thus giving me the time to do larger projects ... my sweet husband hid at this point when i began telling him of my new plan ... i have yet to find him.

so for the coming 52 weeks i plan to take on one BIG pinterest inspired project a week ... and by big i mean anything that will take me more than a day to finish.  no i will not be building a house, boat, summer collection, shed, studio, or any combination of the above!  i will be posting throughout the week about the project's progress and showing the finished project on sundays (NZT).  and because i LOVE pinterest recipes, saturday will become pinterest baking day, where i'll be trying a new to me recipe each week that i have pinned and just NEED to try :)

so that's the plan for the coming year, project one will start on the 25th of june so it gives me this week to have some fun relaxing before i take on a new year of creating!
Posted by Kirsty, New Zealand at 8:16 AM 11 comments:

Email ThisBlogThis!Share to TwitterShare to FacebookShare to Pinterest
Labels: 52 weeks

these are actually my top 12 because i couldn't narrow it down any further and actually the list was much bigger but i had to have a cut off somewhere :)


8.  christmas tee upcycled into a pillow


and my number one is reading is dreaming with open eyes


nothing came close to my number one but it definitely wasn't the only life changing moment of the year i have had.  i couldn't have done it without the support of my family, they were amazing and that's an understatement ... love you guys :)
Posted by Kirsty, New Zealand at 9:48 PM 5 comments:

7.  honey glaze for the christmas ham 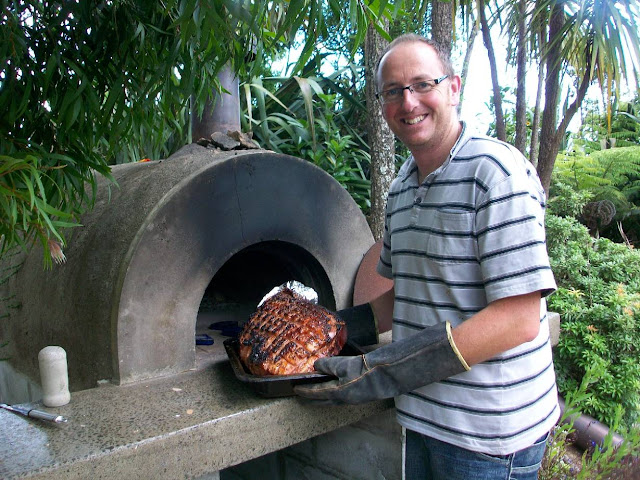 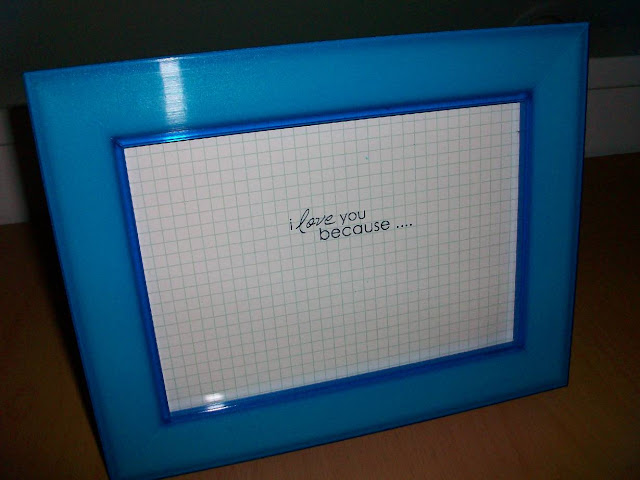 this is your top ten for the 365 days according to the most viewed:

pinterest parties are all about getting people together to have a great time and get creative, today's was no different.  it was about me getting friends and family doing more projects and providing them with all the things they needed to achieve them while having some fun, food, drink, and a little bit of celebrating ;)

with the help of mum, steve, and the peeps we set up 25 projects that were suitable for young and old alike.  everything from my favourite projects over the year to projects i had only tried while making samples for all the different craft stations, to hands on blokey shed projects, to fussy felt flowers, to kitchen spice mixes, there was something for everyone ... even tracy, who swears she can't craft even though i know better! 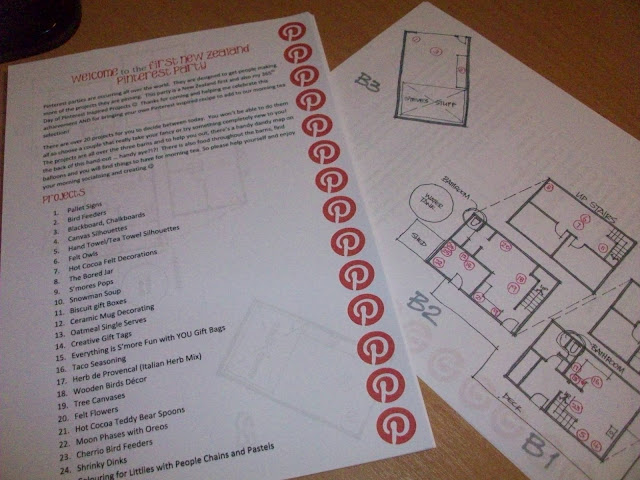 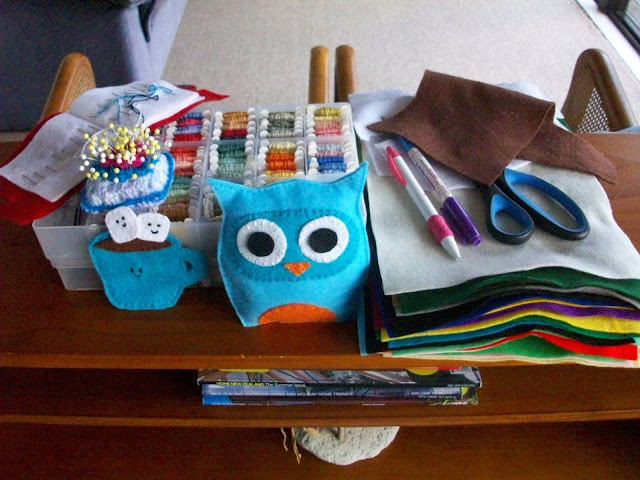 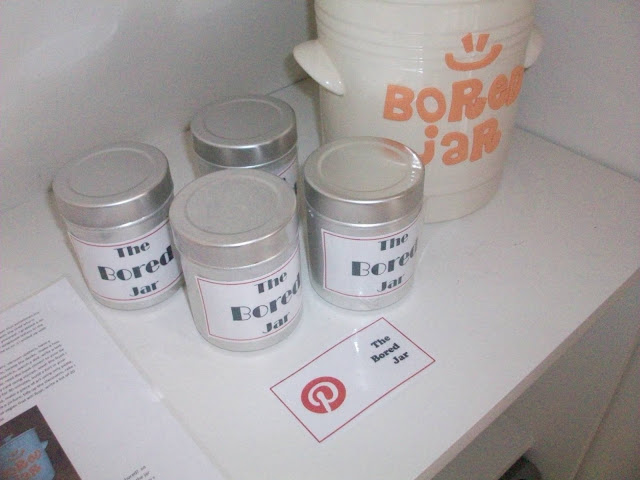 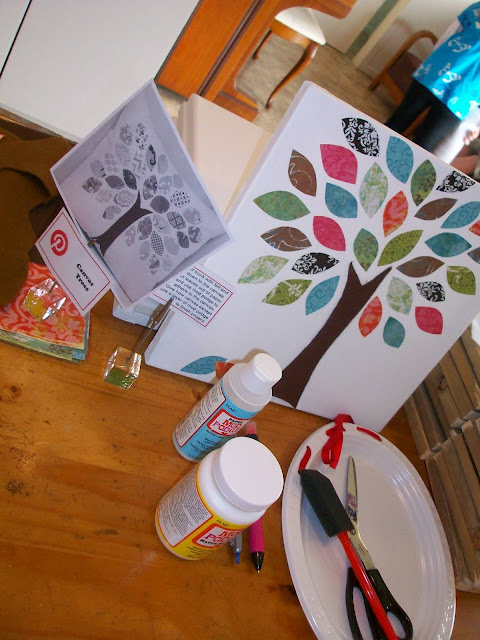 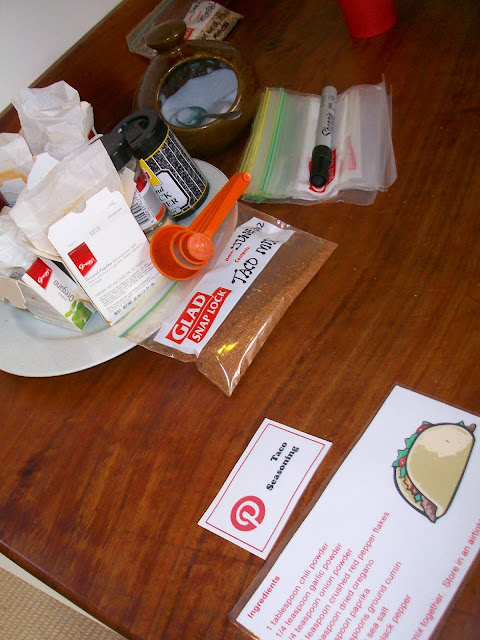 to attend each person had to bring a recipe they had made from pinterest to share for morning tea ... the results were hilarious, everything from mulled wine to noel's cookies which were his first ever foray into baking!  there was food everywhere and it was ALL so delicious i won't need to eat for a year!

there was amazing food 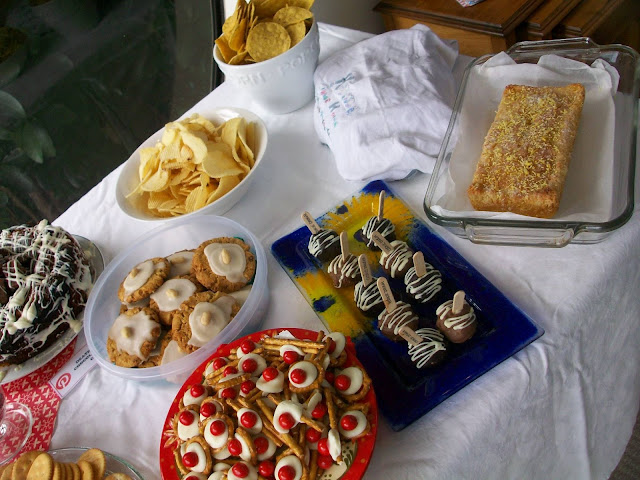 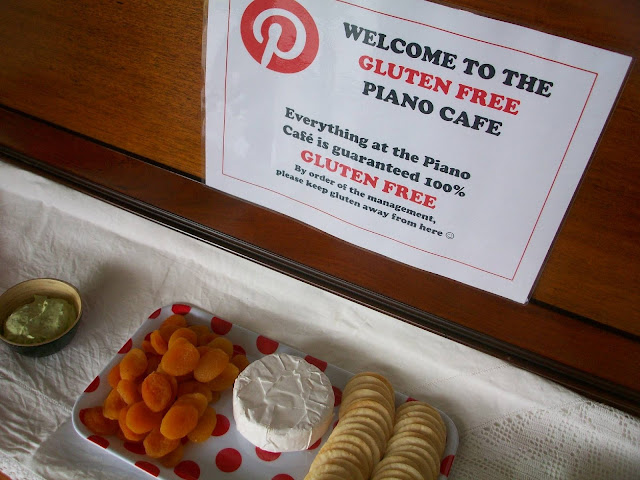 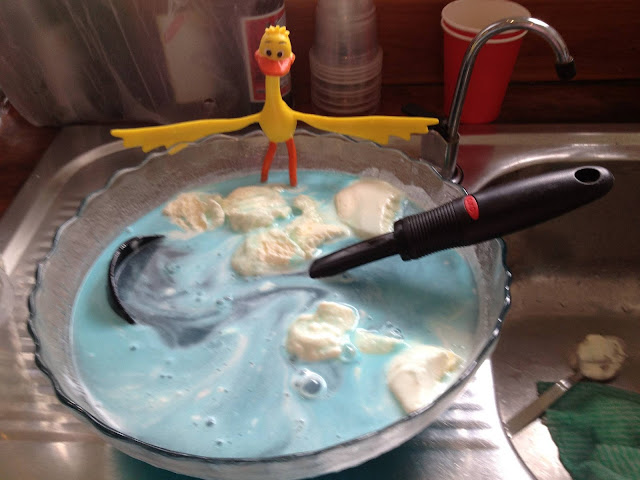 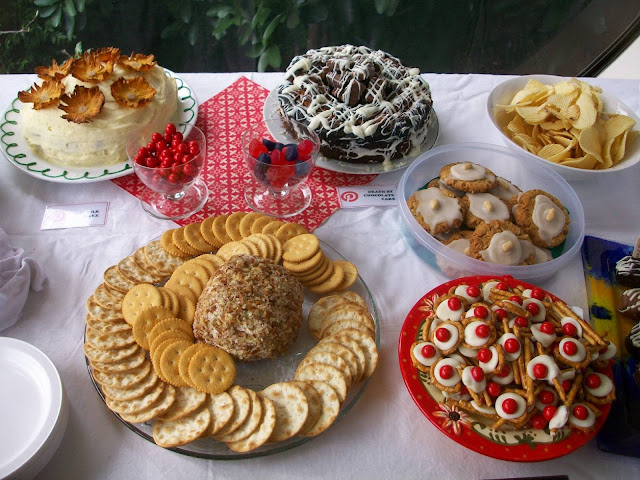 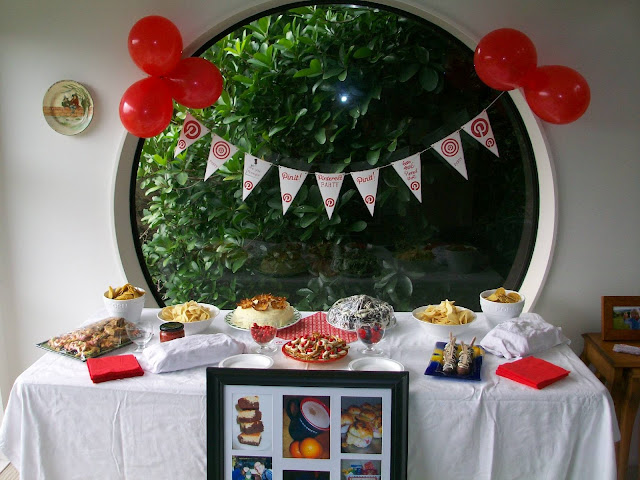 there were PLENTY of projects completed 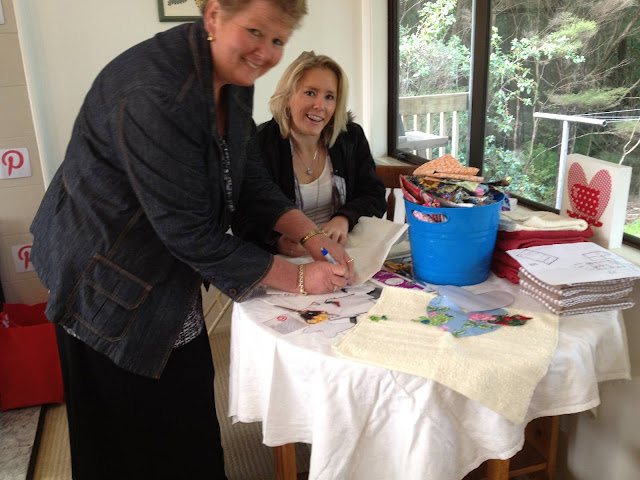 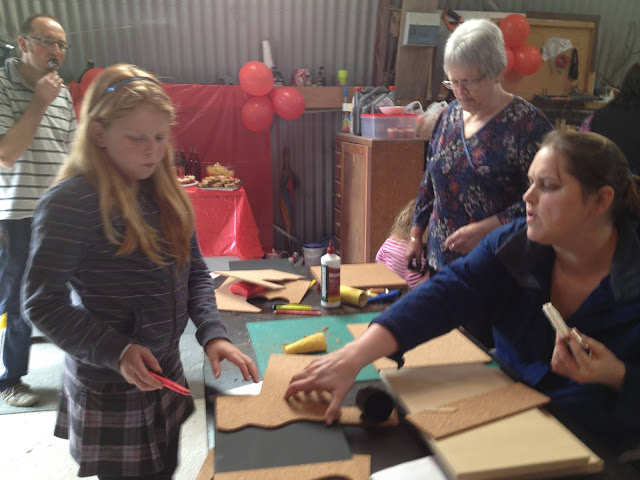 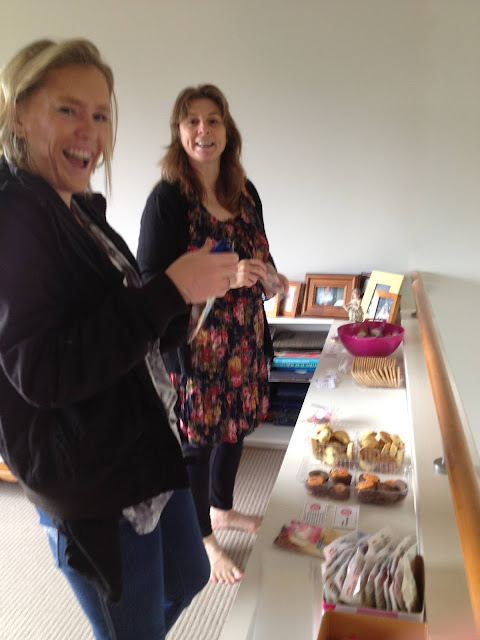 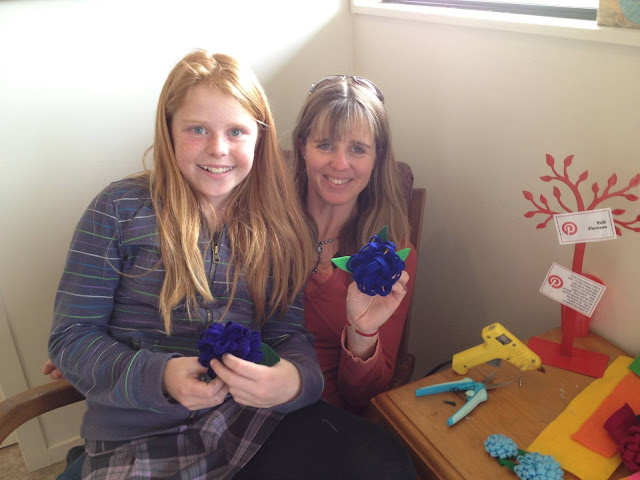 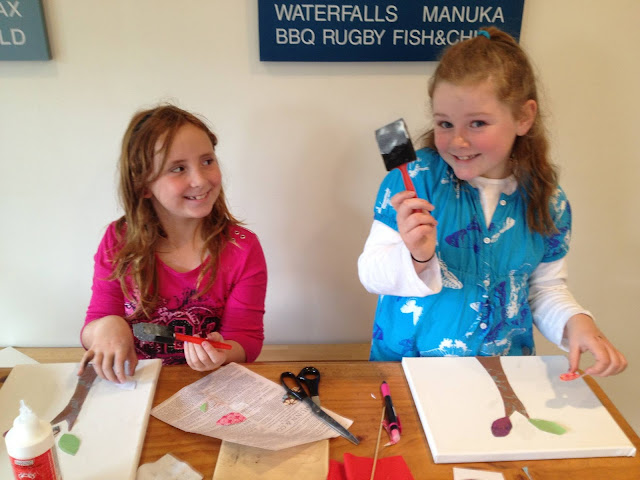 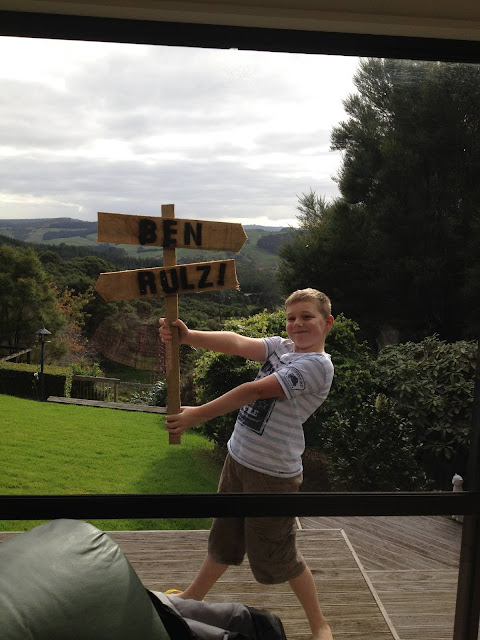 there were more tears as i sat down for this evening after everyone had left and i realised what i had done and completed ... in my own space, in my own way, and in 365 days (+ 1, thank you leap year!)

my absolute gratitude to my family and friends who have encouraged me throughout the year and have been willing guinea pigs for all sorts of daily experiments.  it has been an incredible journey and something that has been life changing.  i have made friends worldwide that i cherish, and blogs that i visit often for inspiration.  over the next week i will share some top tens of the last 365 days with you and wrap this year up, because a new year is going to begin ... but that's for next week ;)

Kirsty, New Zealand
Hi there! I live in rural Hawkes Bay and have a husband I adore and two children who make me want to do better. They are the loves of my life and supported me in completing 365 days of Pinterest creations during 2012.